Since 2009, French art historian Maïwenn Walter has been collecting photographs of dead pigeons. One day she saw and photographed one carcass stuck between a kerb, a Red Bull can and a scrap from the Yellow Pages. Some days later another bird with a twisted neck and a few strewn feathers, squashed into the L-bend of a road marking in Paris, appeared to negate a colloquial idea (coined for the French title of a Colleen McCullough novel that lifts a phrase from a François Coppée poem) that animals hide to die. Having then really seen this all-too-familiar sight for the first time she can no longer miss it. Walter sees every dead pigeon as if for the first time again and feels compelled to keep a shadow of that vision: the photograph of the eternal return of the same. So began the neurosis of a collector.

Using whatever camera device she has on her person – be it a phone or DSLR – each time Walter sees a dead pigeon she stops for a few seconds then shoots. Only one photograph from any one shoot is kept but, as the habits of city-living often regulate, if she passes the same dead pigeon at another time and it hasn't yet been eaten or cleaned away then she might shoot it again.

Walter posted her collection on Tumblr. Other people started to send her pictures of dead pigeons electronically. Her account was suspended because the platform disallows content that shows "human/animal mutilation". However, this parallel sub-category, of photographs taken by other people, was soon followed by a tangential sub-category, of nearly-dead pigeons. This exhibition is the first time that the three strands to her on-going collection have been displayed together and the first time that any of the photographs have been printed.

This is an exhibition about dying, seeing and being animal; and about being animal, seeing and dying. It is also an exhibition about witnessing, documenting and printing; and about printing, documenting and witnessing. More images that are not in the exhibition feature exclusively in the risograph booklet that accompanies this show, placing the collection literally and literarily in a landscape of the dead and the flat. 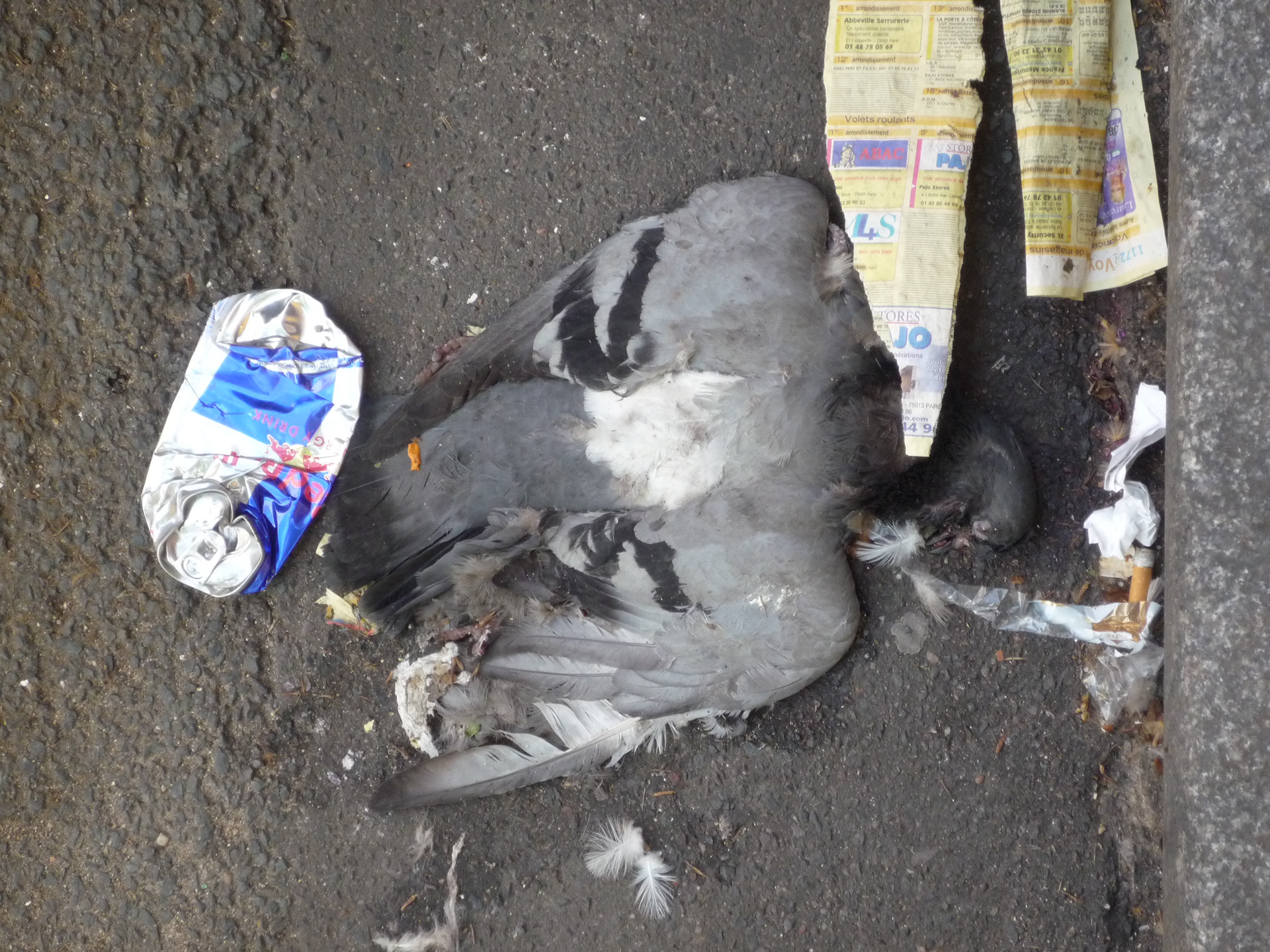 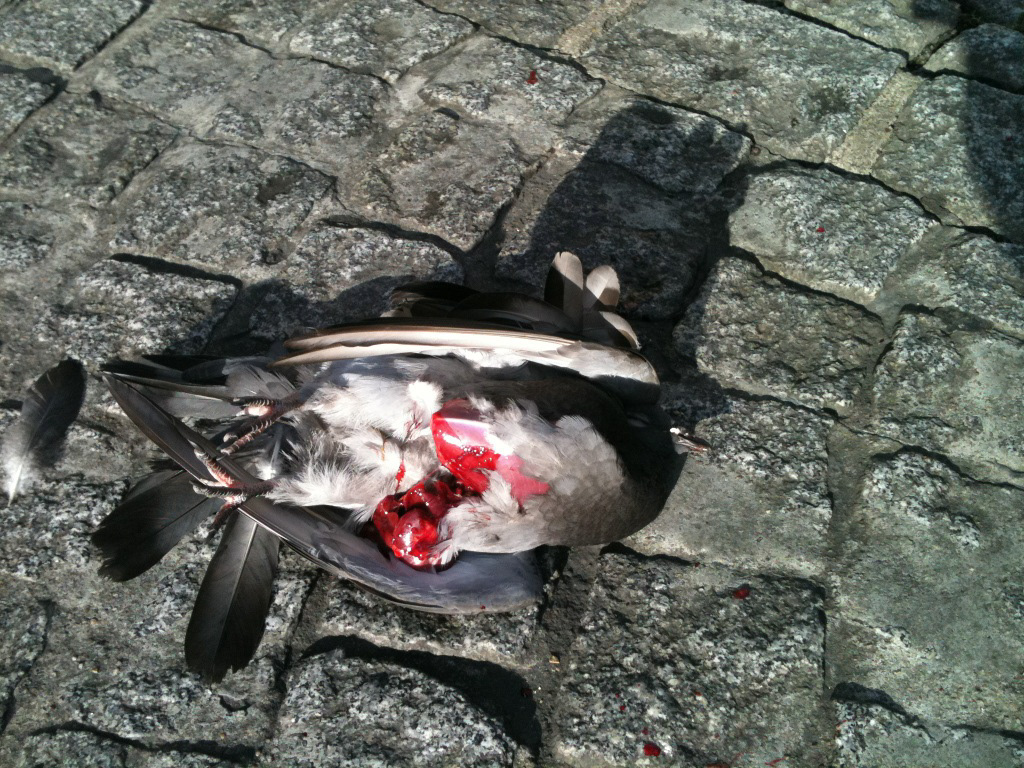 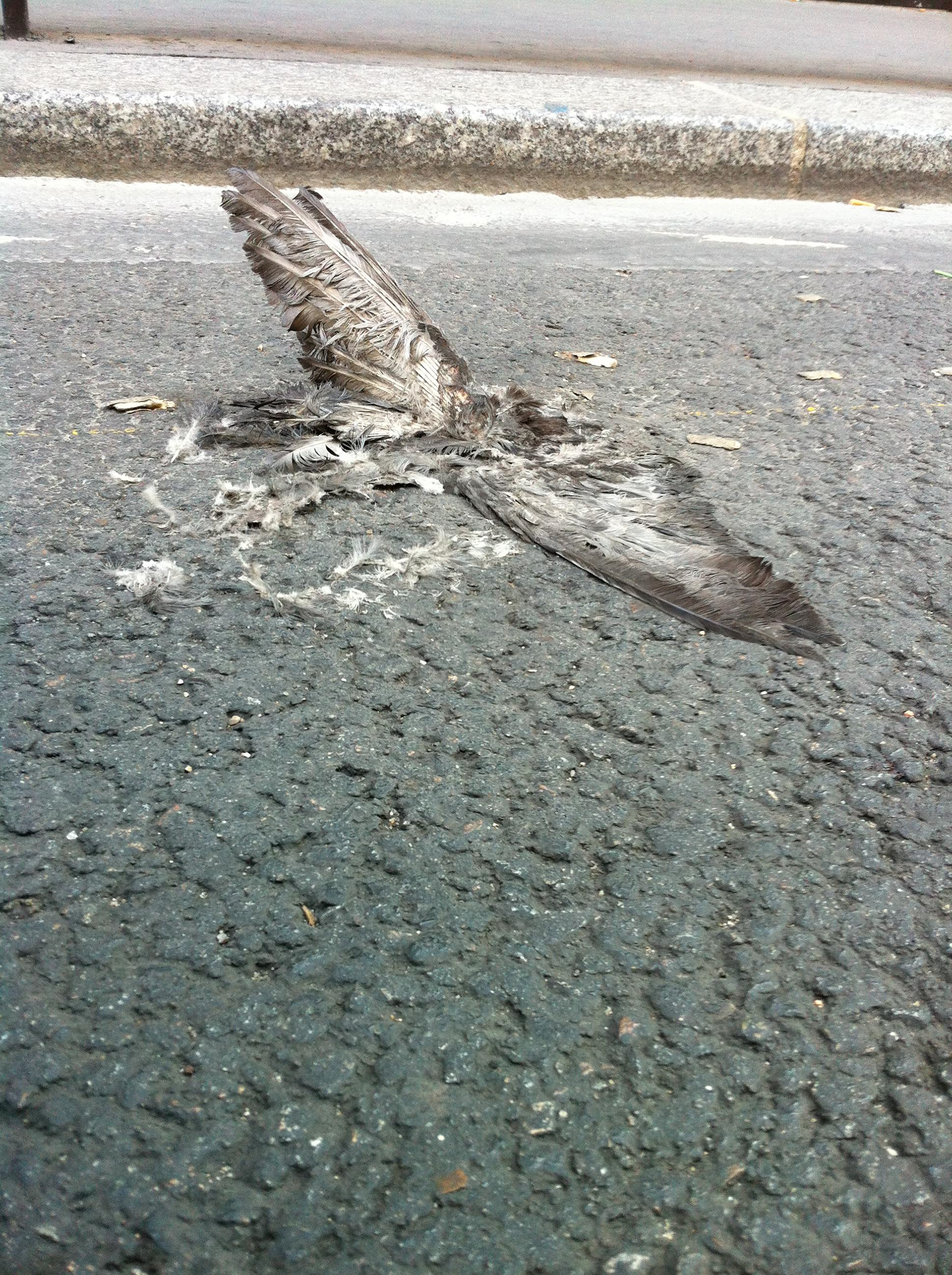 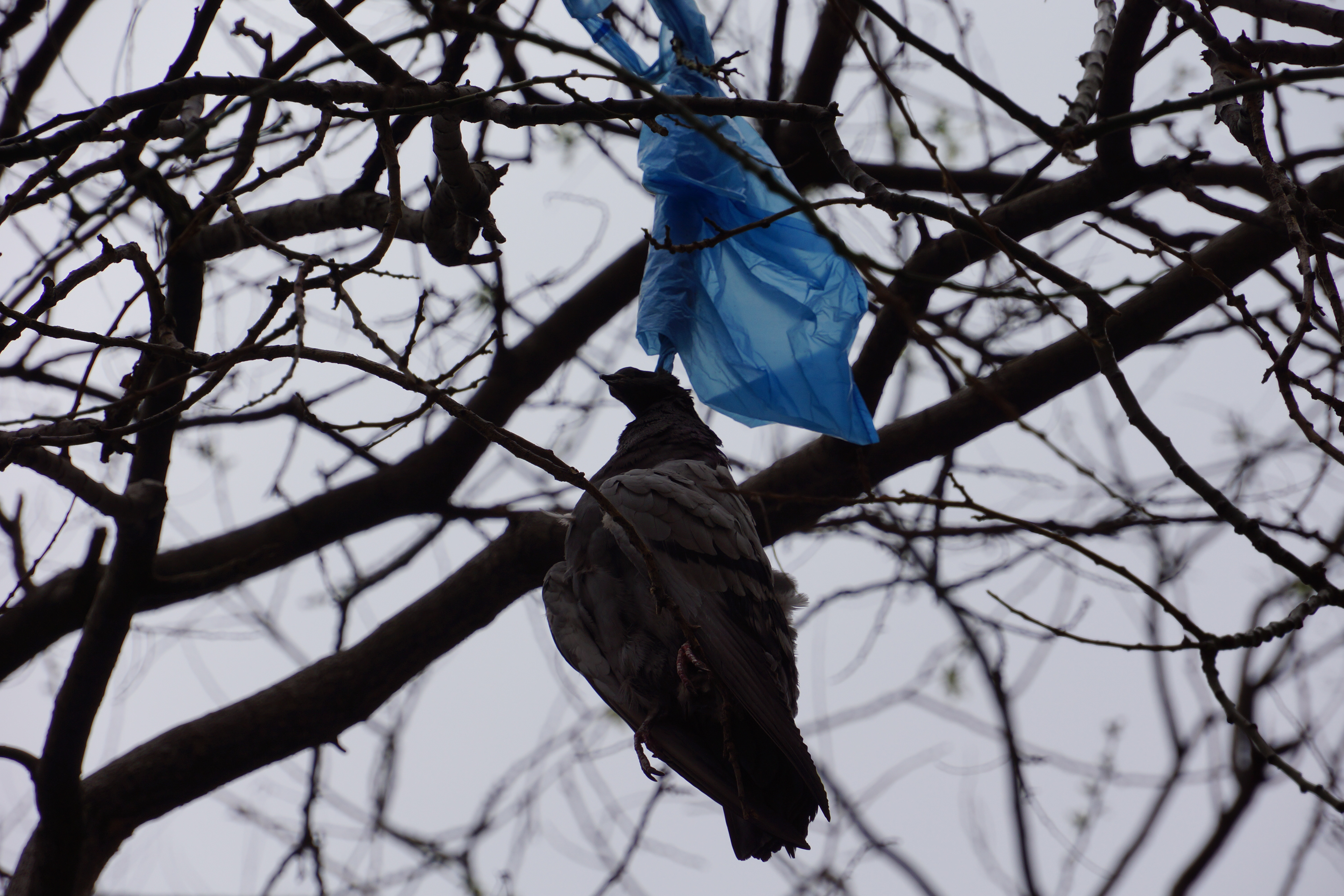 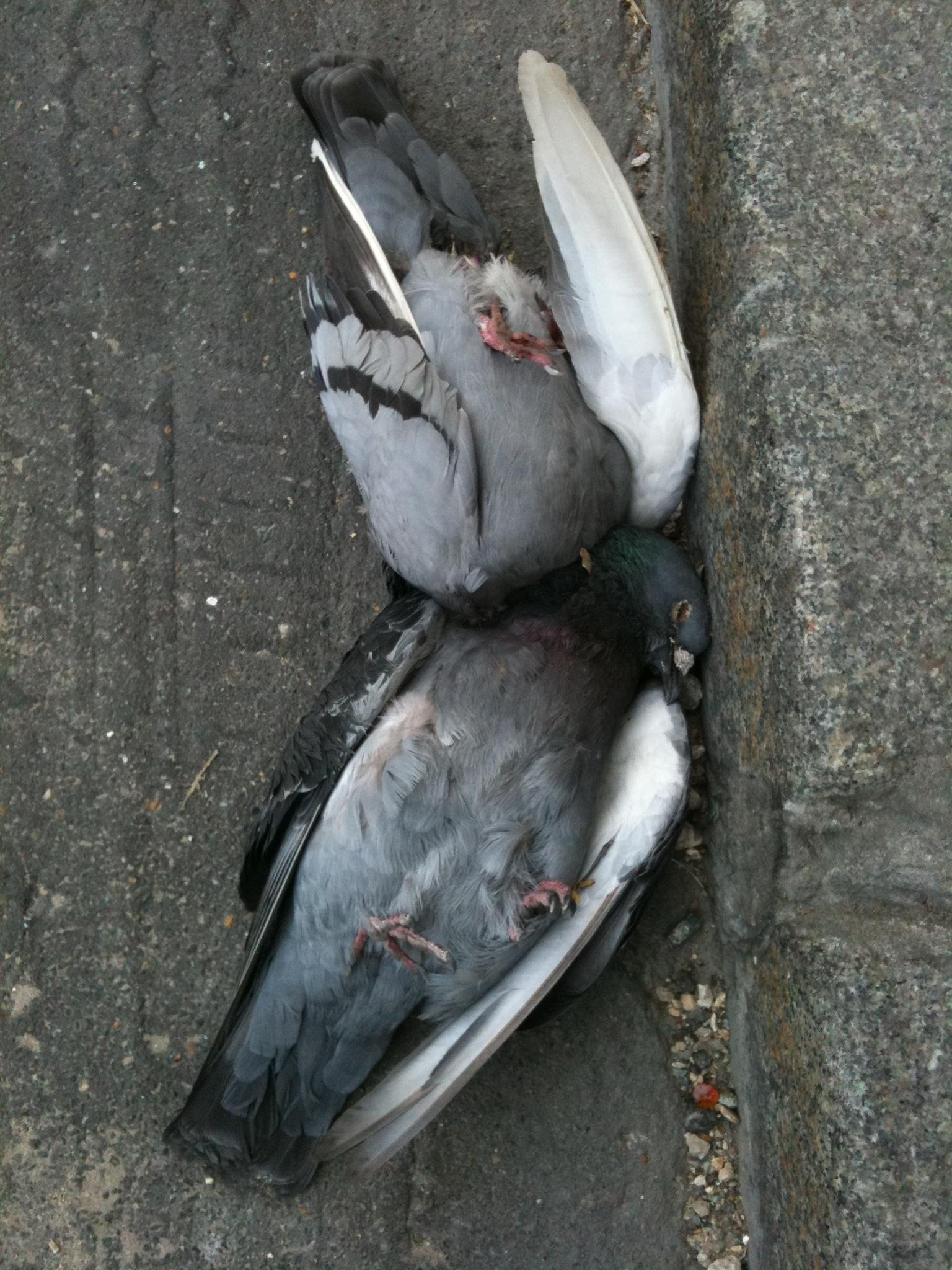 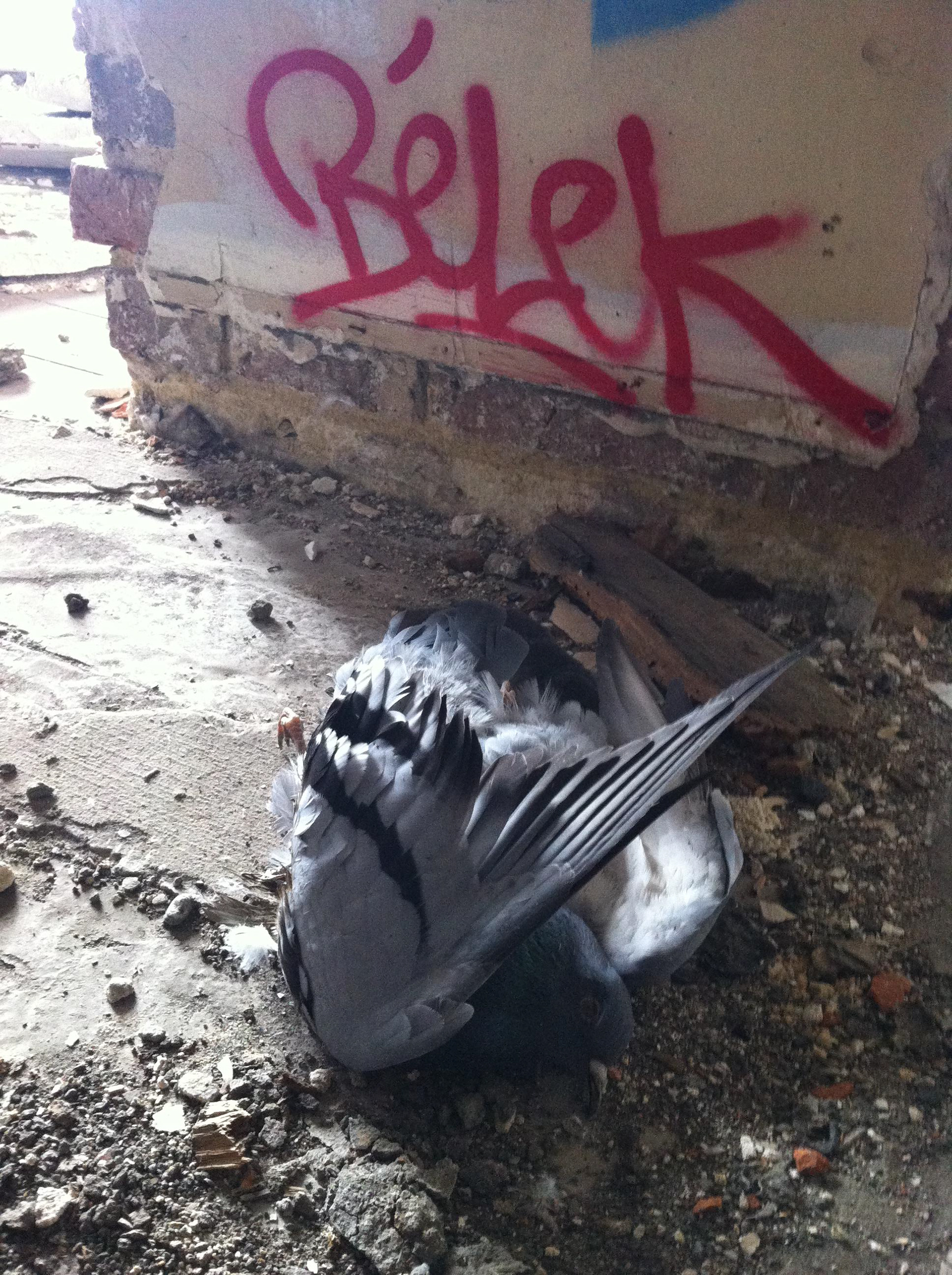 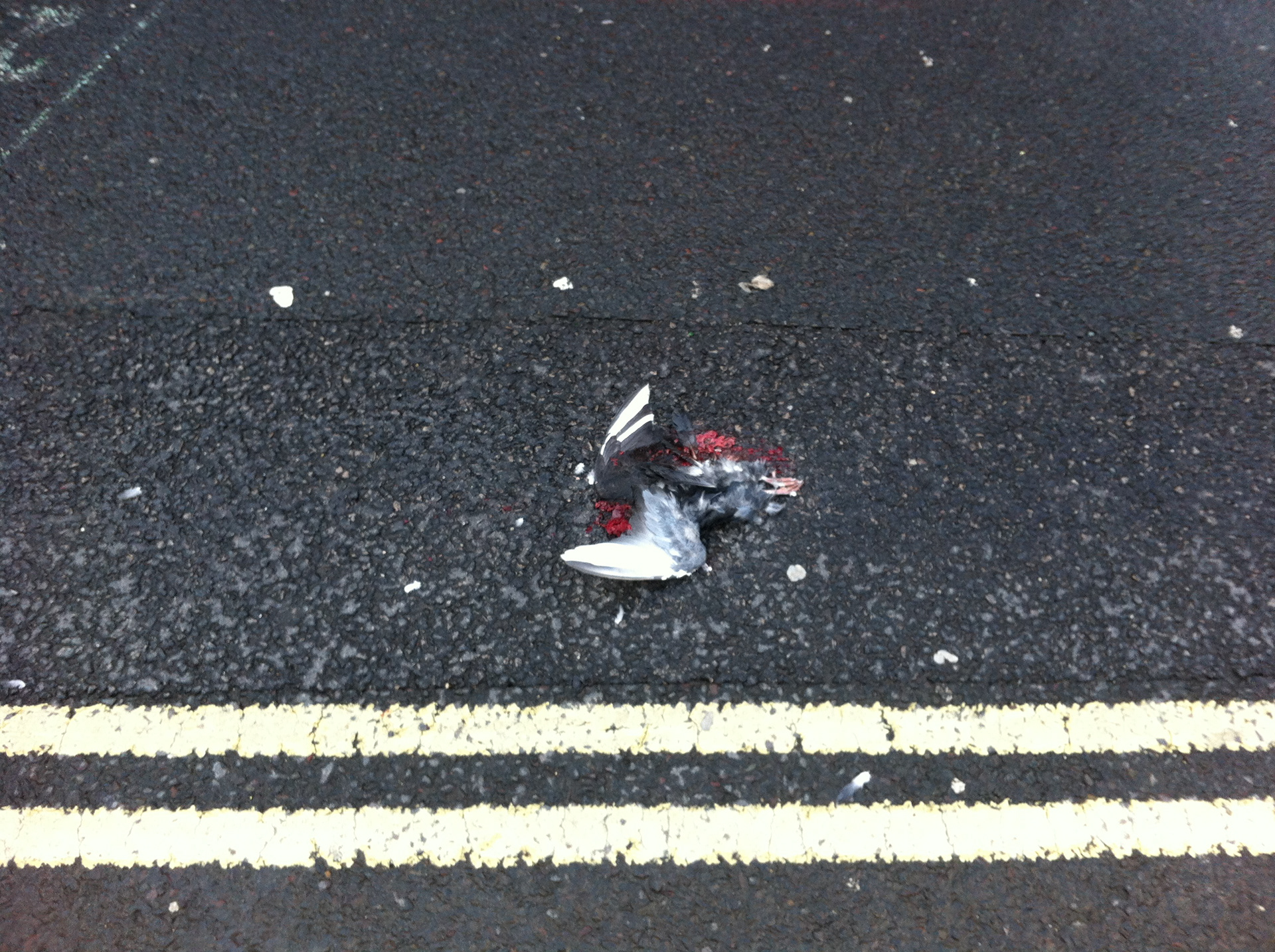 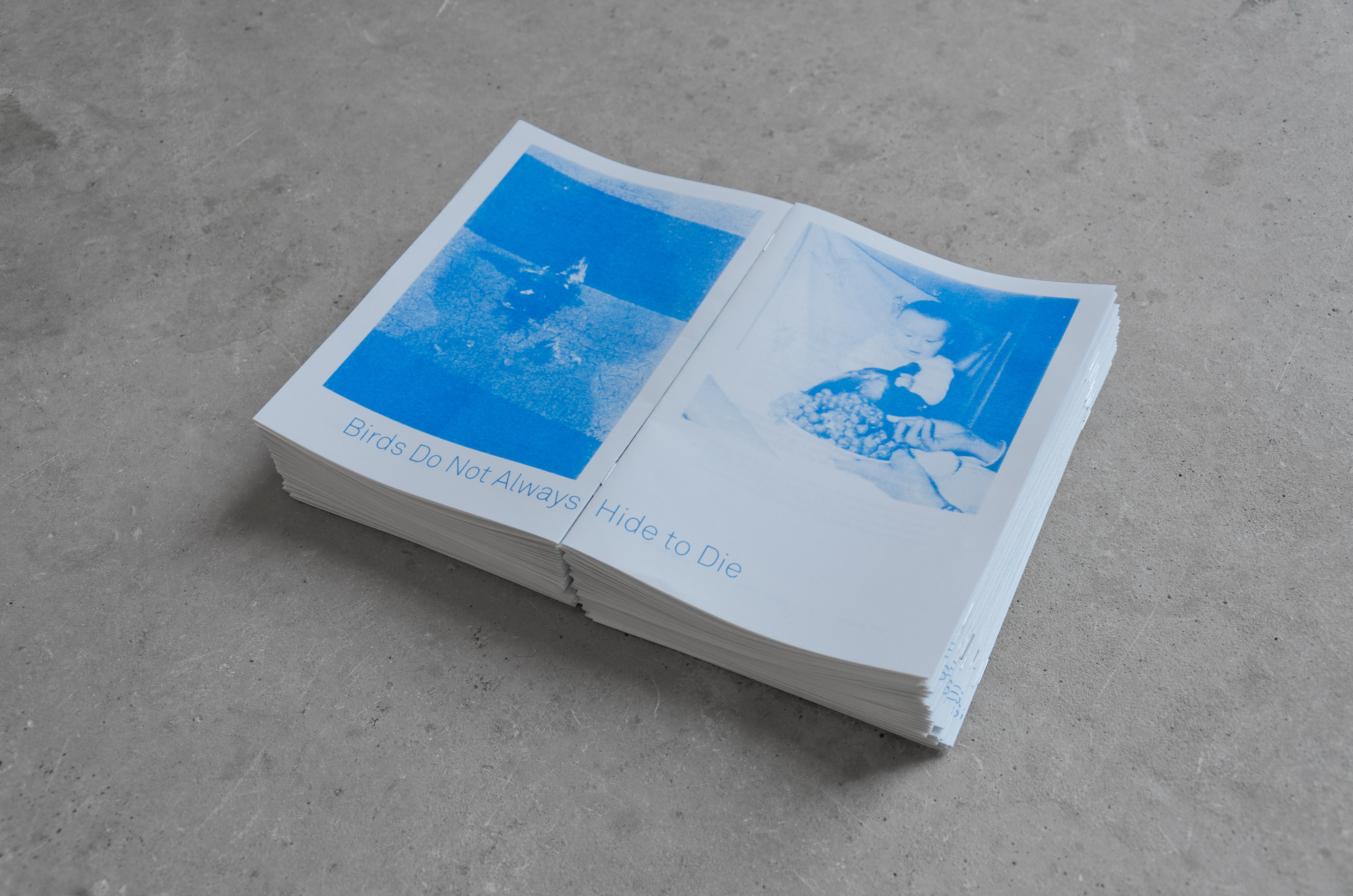 Catalogue with co-authored text by Derek Horton and Nick Thurston 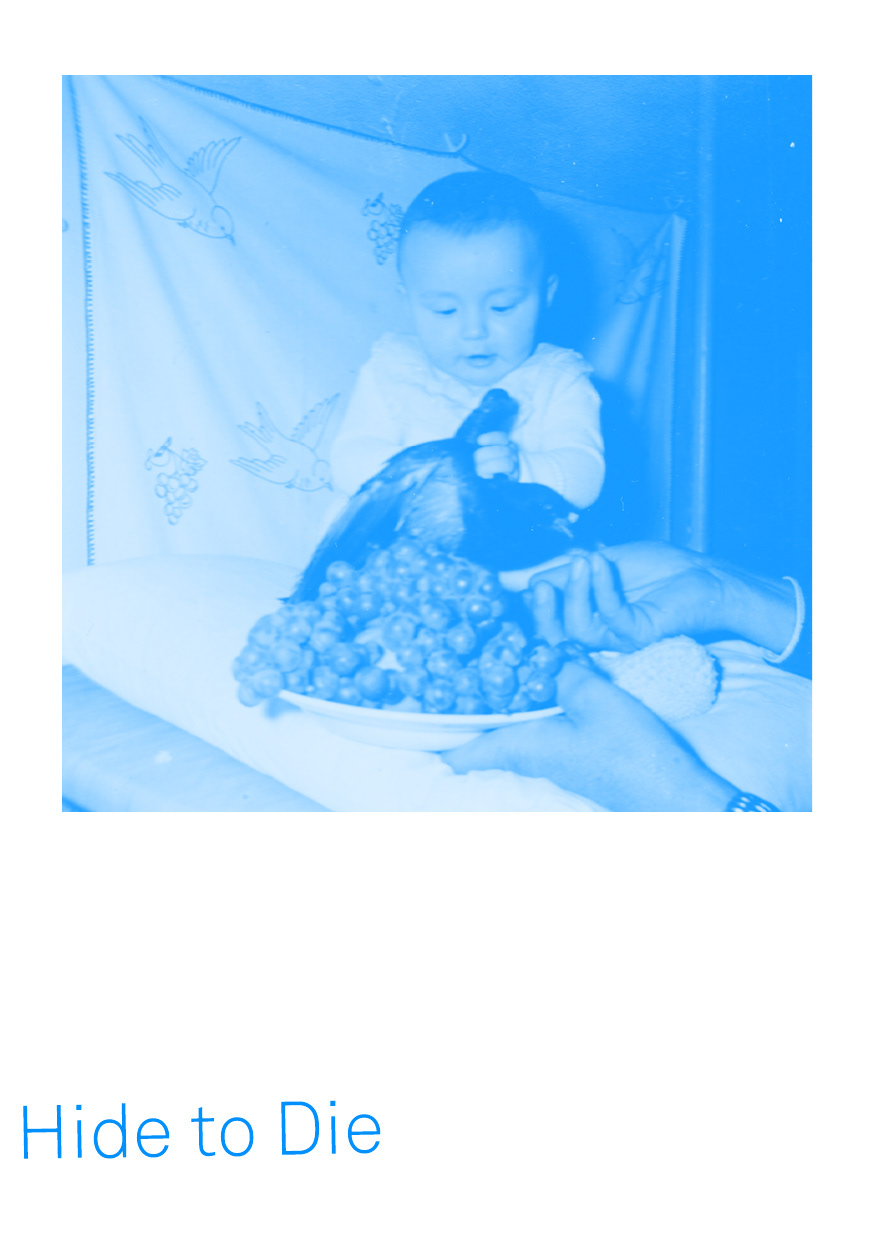 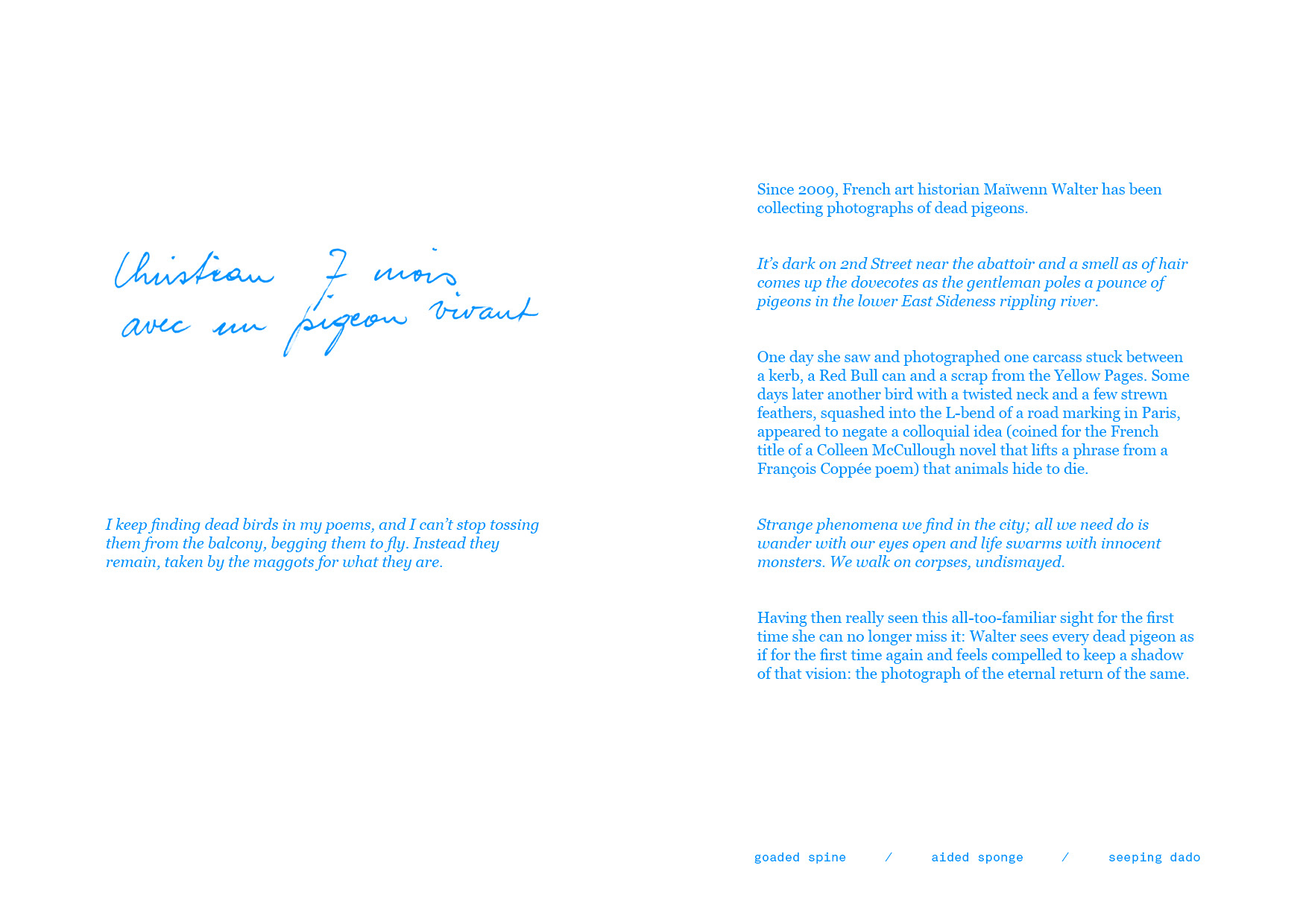 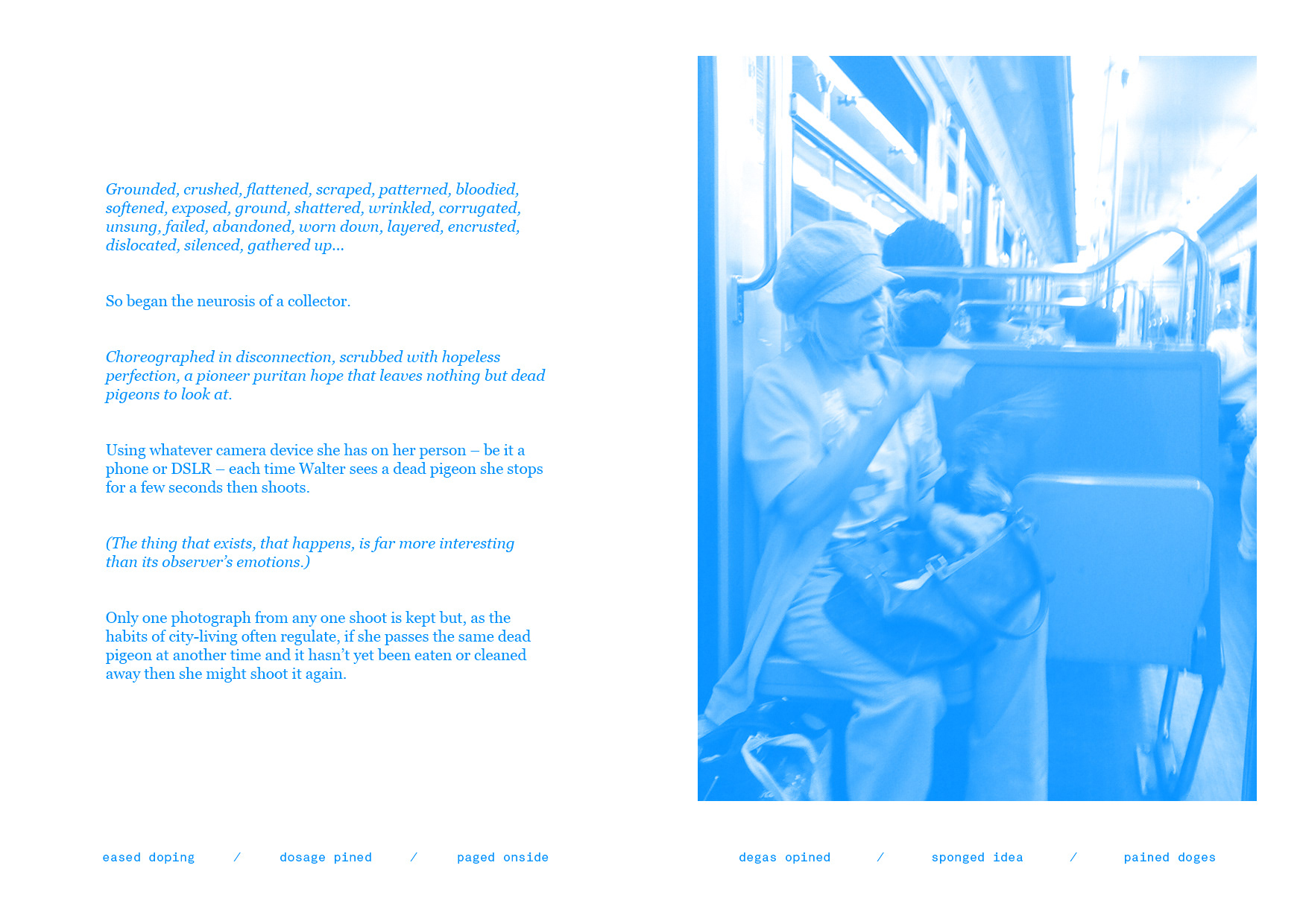 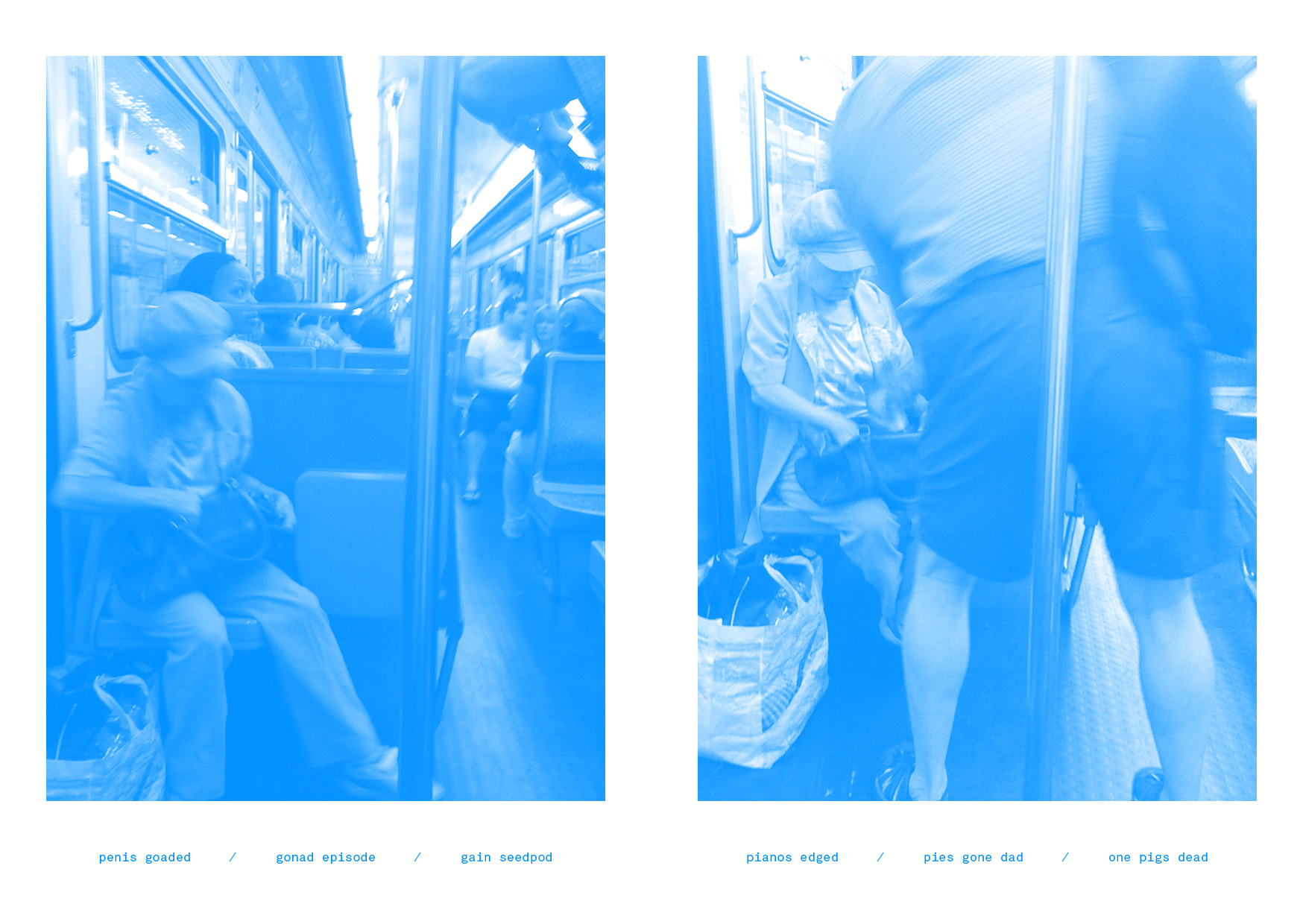 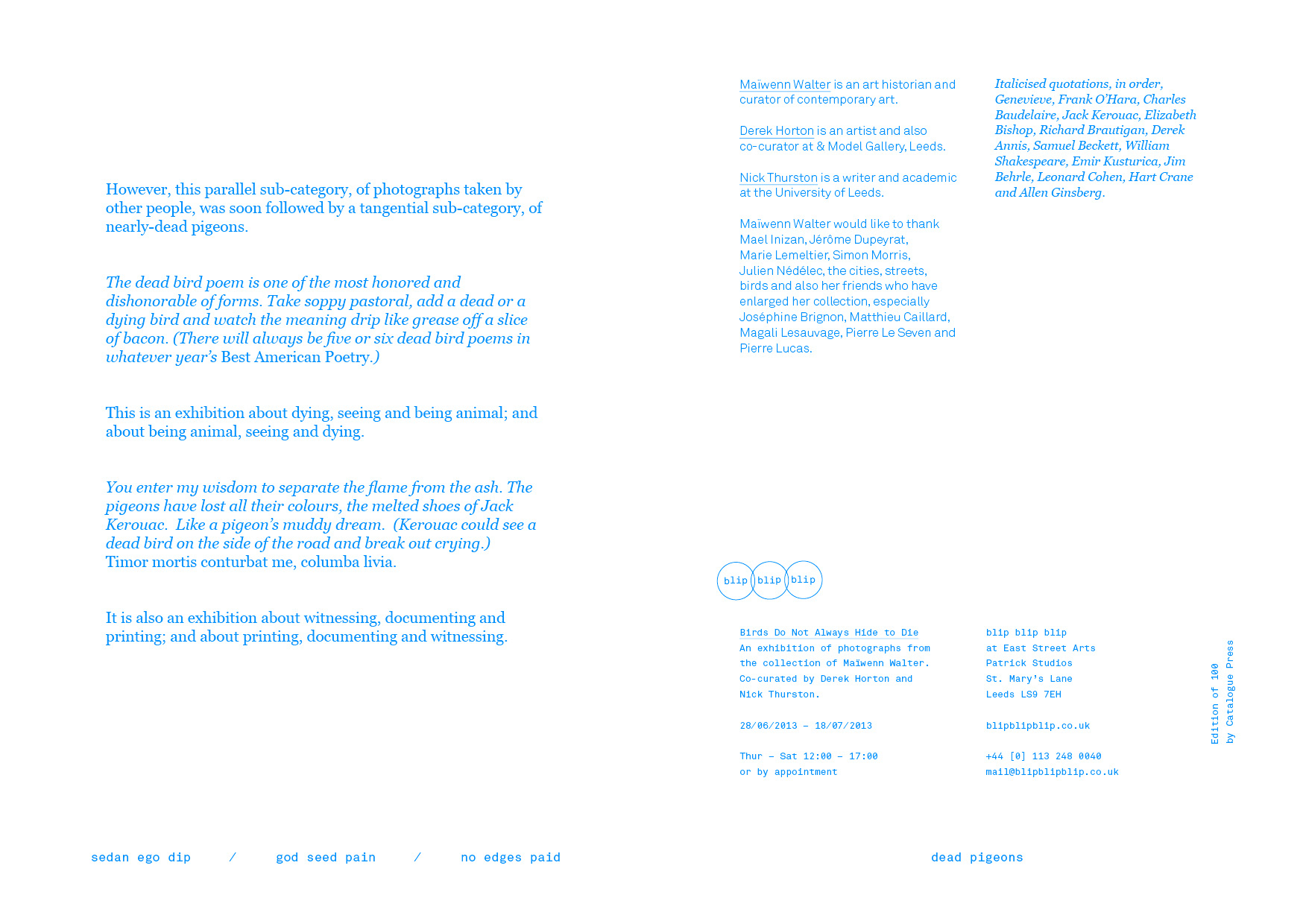 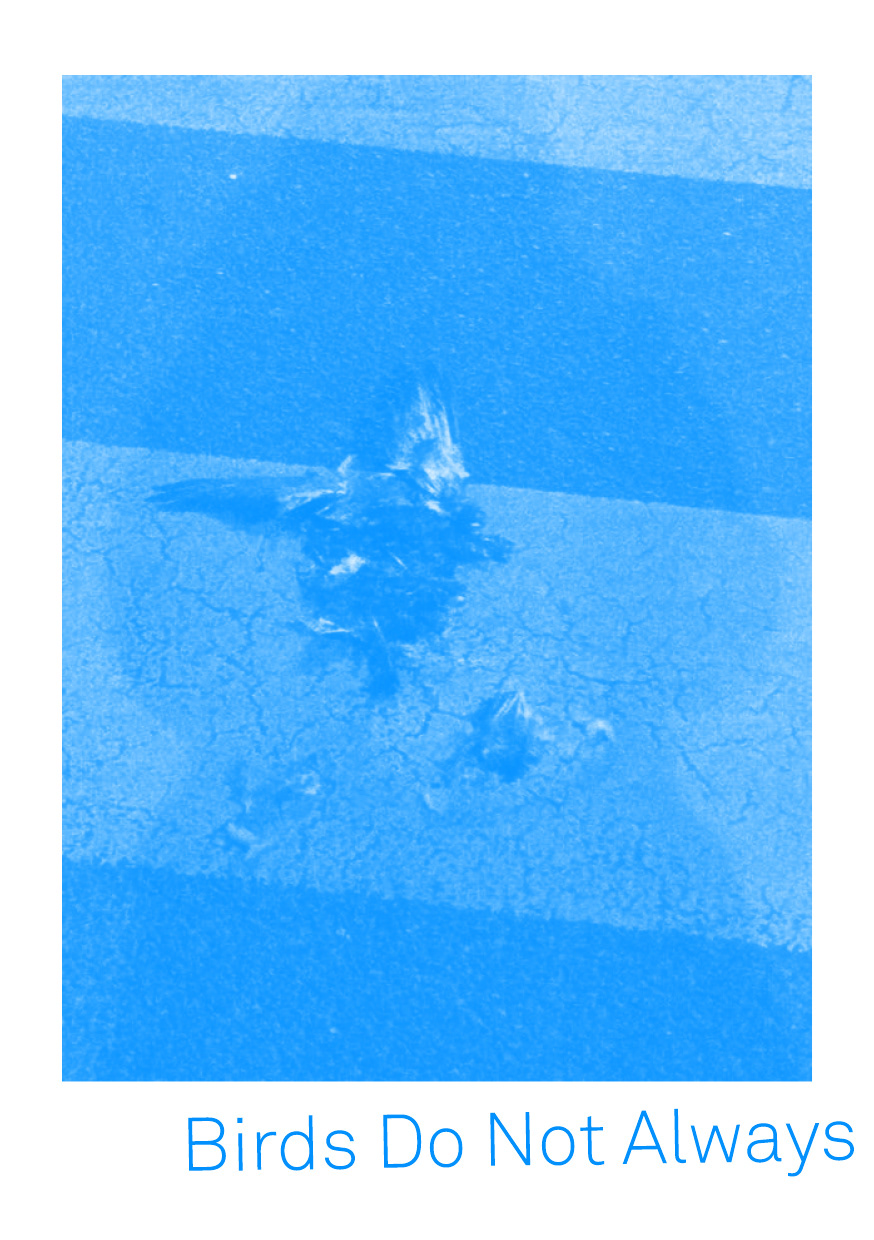